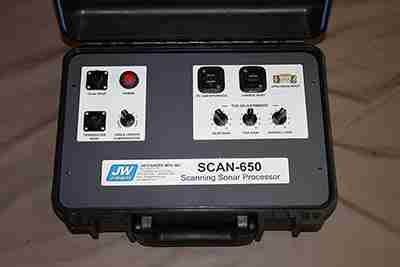 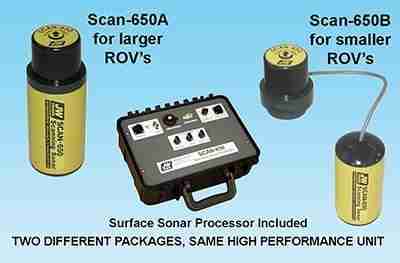 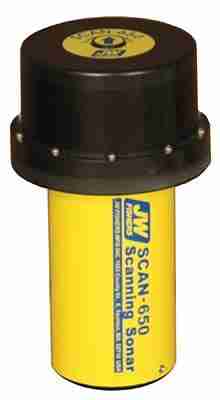 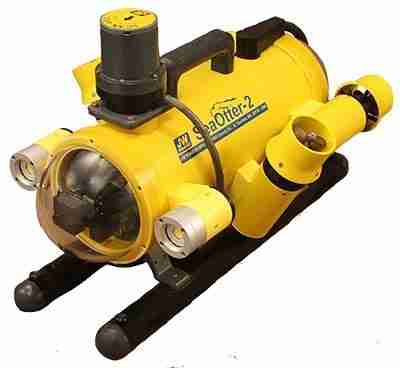 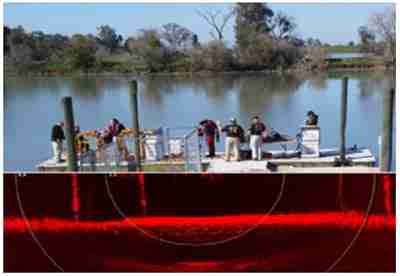 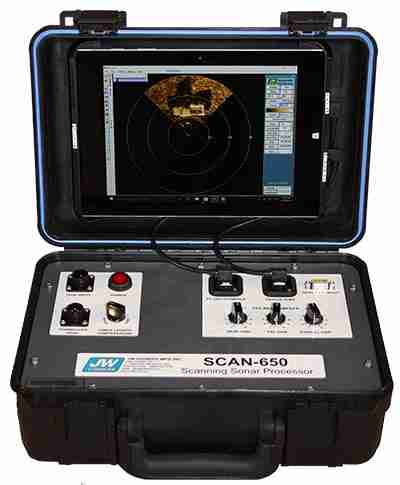 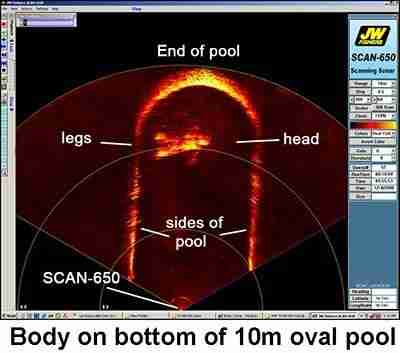 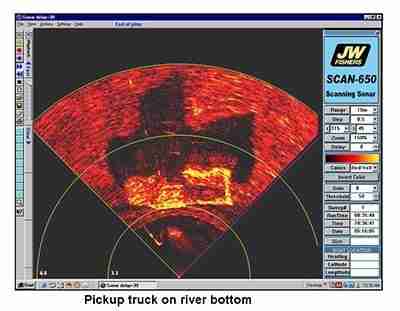 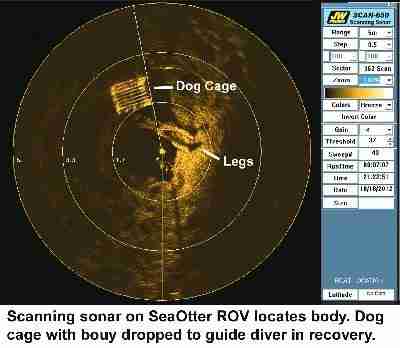 Sector Scanning sonar, SCAN-650, is an ideal tool for underwater search and rescue.   It produces a “picture” of the underwater environment regardless of the water visibility.  It does this by sending out a sound wave that reflects off objects on the bottom or in the water column.  Additionally, reflected waves return to the sonar head.  Once received, they go to the surface for display.

Fisher’s SCAN-650 is a high-performance scanning sonar system.  Additional mounting uses are on ROV’s, poles from small boats and tripods.  The scanning sonar serves as an obstacle avoidance system and provides target identification.  Sonar beam sweeps in a 360-degree circle detect the objects around it.

Scanning sonars operate very similarly to radar.  It puts out a signal, and then it listens for return signals.  It has a fan-shaped signal, very narrow in width.  Return echoes display on the computer screen as a very narrow line changing colour along its length depending on the echoes’ intensity.

The displayed line then rotates (steps) slightly to the right.  Then the sequence repeats.  The smaller the step (1/2, 1, 1 1/2, or 2 degrees), the higher the picture’s resolution. The transducer continuously steps, and the display quickly fills with the sonar image.  Additionally, when the sequence repeats, an identical picture overlays over the previous picture.

The SCAN-650 uses a unique data transfer technique when transferring data between the scanning head and the upstairs sonar processor that cuts the time to complete a scan by as much as 50% over other manufacturers ‘ units; it does it without any loss of data. Operating at twice the scan speed is very important when having to search large areas.

SCAN-650 “A” and “B” are also available in a very narrow beam (1 deg) configuration for higher resolution images (SCAN-650NB). The scanning head of the narrow beam is twice the physical diameter of the basic SCAN-650.

You can order a Microsoft Surface ® tablet (optional) with the scanning sonar system. The tablet mounted inside the control box lid is a “sleeker” package.

An optional GETAC S410 Semi-Rugged Laptop is available for small, open boat operations. Raising the bar on the semi-rugged notebook class, the new S410 is MIL-STD-810G certified, more rugged, slimmer and lighter than ever before. The all-new S410 boasts the latest computing innovations, including a significant CPU performance boost, massive graphics enhancements, and many game-changing capabilities and options. The S410 puts unmatched power and adaptability into professionals’ hands in field service, manufacturing, and public safety sectors.