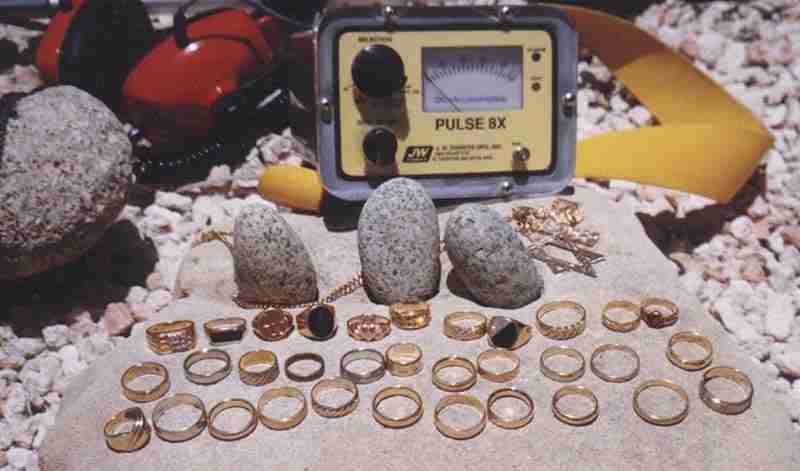 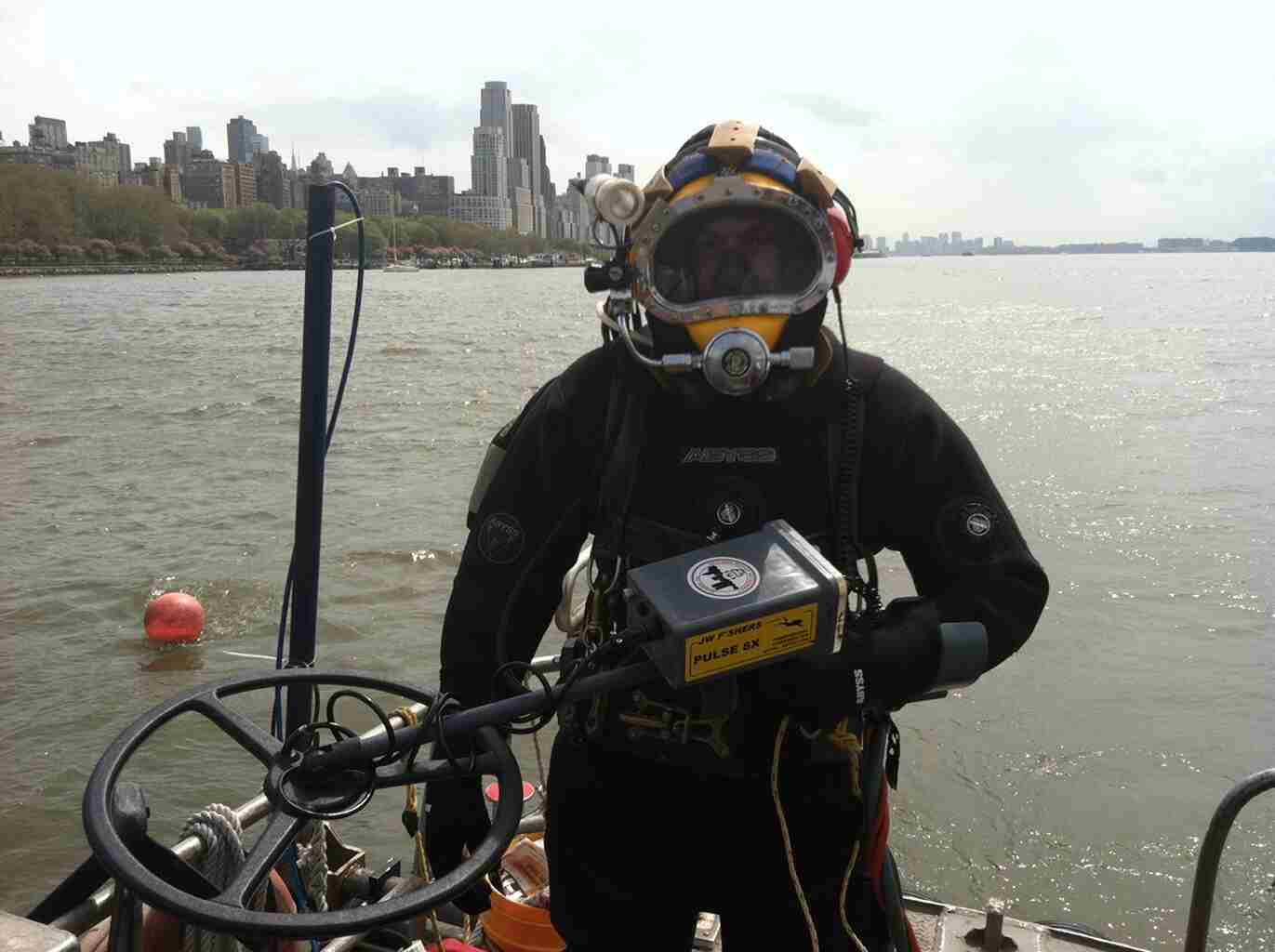 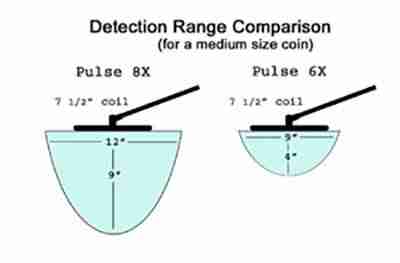 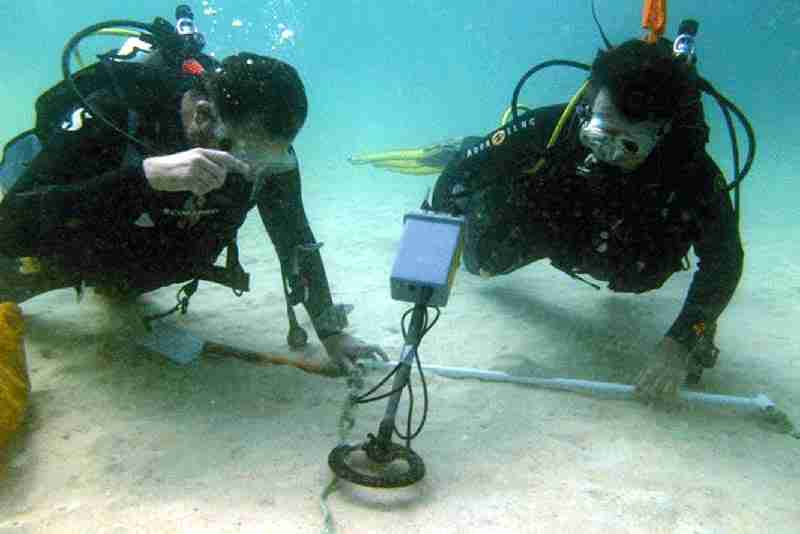 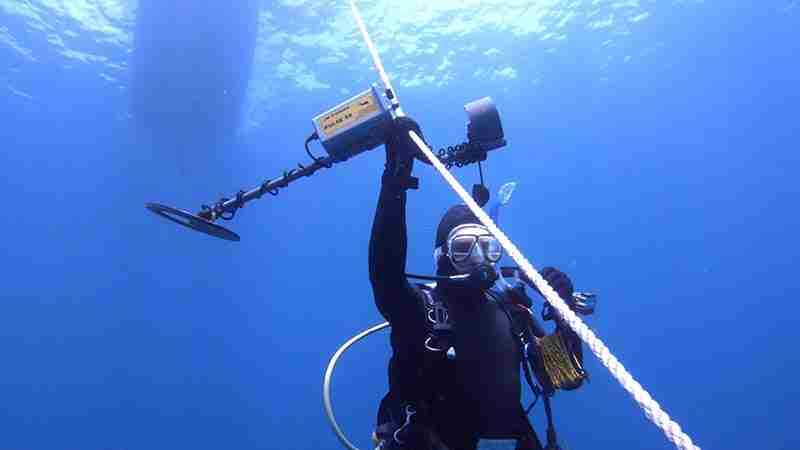 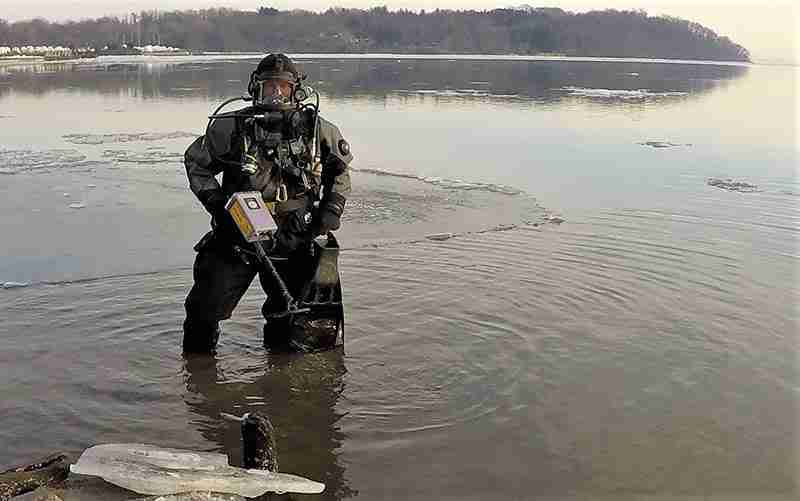 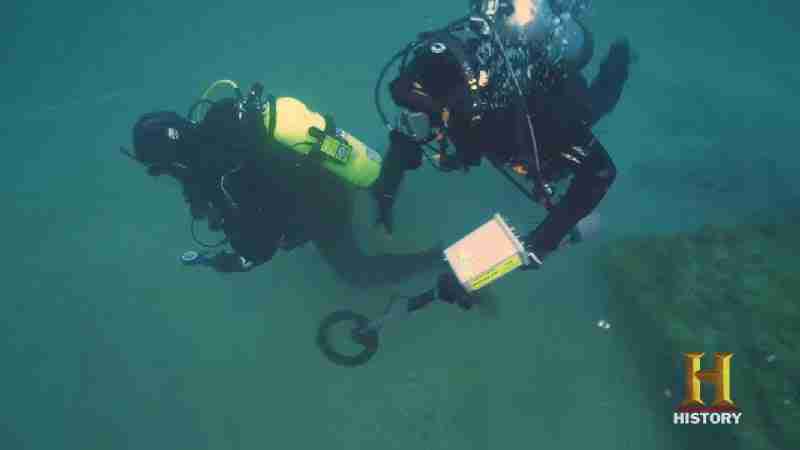 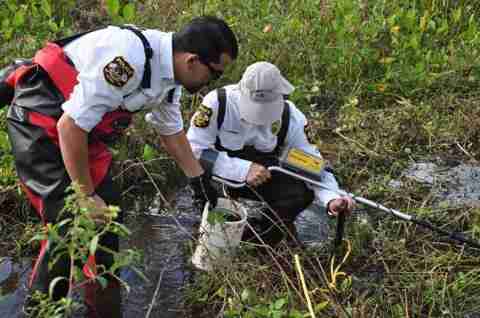 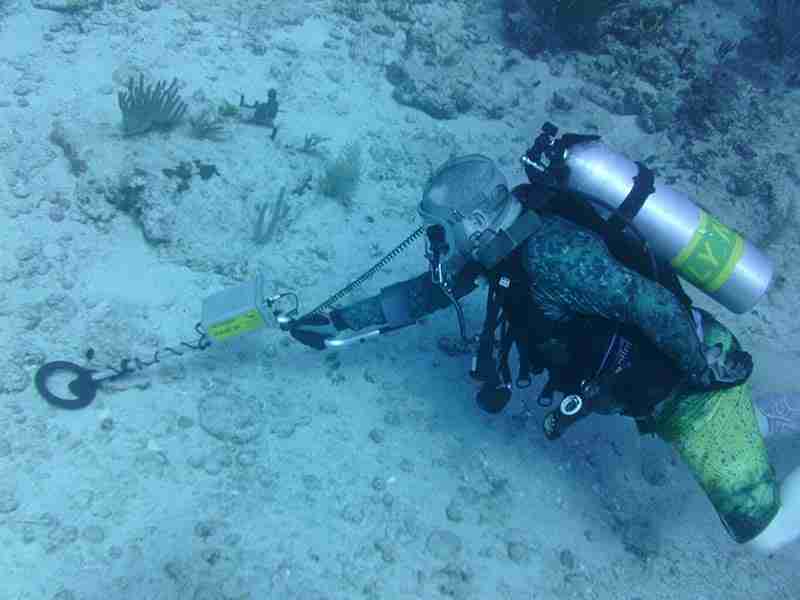 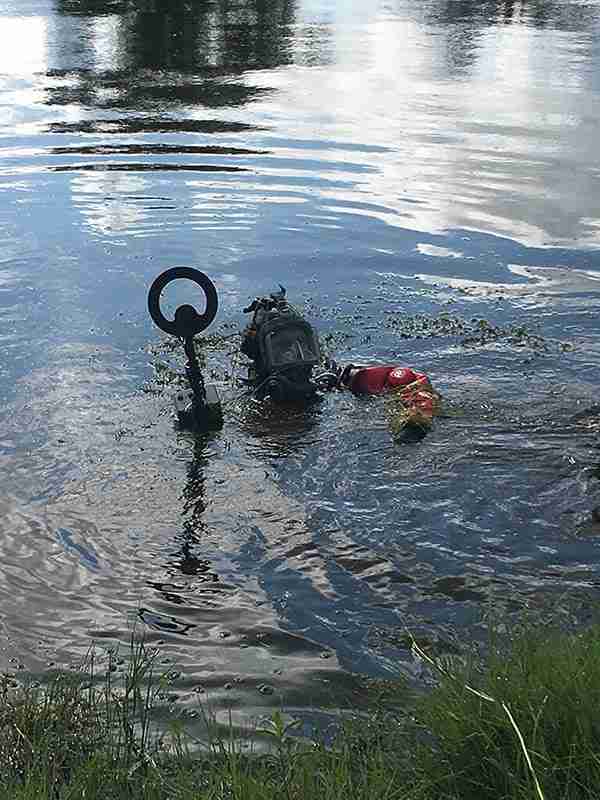 The top of the line JW Fishers Pulse 8X underwater metal detector is the most sensitive pulse detector on the market.  It also continues to be the 1st choice of commercial and professional divers worldwide. Furthermore, the Pulse 8X is in use by the US and foreign Navies.  It is also used by Coast Guards, the FBI, and the Secret Service.  Numerous federal and state law enforcement agencies and professional treasure hunters also make use of the Pulse 8X.

JW Fishers Pulse 8X underwater metal detector is the top-performing underwater metal detector on the market today.  This commercial-grade metal detector is specifically designed for underwater operations.  Additionally, it works equally well on land, in freshwater, or saltwater.  The Pulse 8X will easily locate a variety of targets including gold and silver jewelry.  It also locates coins, artifacts, weapons, ordnance, anchors, pipelines, cannons, and cannonballs. This high-performance Pulse Induction metal detector detects both ferrous and nonferrous metal objects while ignoring minerals in the environment. Furthermore, the detector will not give false detection signals from anomalies, as other detectors do.  Anomalies such as salt water, coral, high iron rocks, or other ground mineralization.  The detection range is unaffected by the material between the detector’s coil and the metal target. Whether detecting through air, water, silt, sand, mud, or coral, the detection range remains the same.

The Pulse 8X package also includes a carry bag and land headphones. The JW Fishers Pulse 6X and Pulse 8X have both visual and audio target indicators. When a metal object is detected, the audio alarm sounds, and a meter shows the strength of the signal. Additionally, the meter helps determine the target’s size and burial depth.  This indication is not easily conveyed by the blinking LED indicators or the audio-only readout of other detectors.  Also, the audio alarm is loud enough for a diver to hear.  It does this without having the earphone directly over the ear easily.

Additionally, rechargeable batteries power the JW Fishers Pulse 8X and Pulse 6X for 12 hours before requiring an overnight recharge. Batteries can be easily field replaced to allow around-the-clock operation. Unlike competing detectors, the operator can open the electronics compartment for inspection or battery replacement without voiding the warranty.

Equally important, the detector’s buoyancy is slightly negative in the water. This allows the diver to set the detector on the bottom to dig a target.  And the Pulse 8X will not float away, which is a problem with “positive buoyancy” detectors. The underwater housing is a single solid casting with ¼” wall thickness and moulded-in brass inserts.  Additionally, a ½ inch thick acrylic faceplate is fastened with six stainless steel screws.  This gives it a maximum depth rating of over 200 feet.

Pulse induction detectors like the Pulse 8X and Pulse 6X, have had a major impact on underwater metal detecting. Their claim to fame is simple.  They are very sensitive metal detectors that do not detect minerals (extreme concentrations may give some reading). Their sensitivity is excellent. With a 7.5″ coil, the best handheld units will detect coin size targets at 9-12 inches.  As well as larger objects to over 6 feet. Our pulse detectors can achieve their high sensitivity on land or in fresh or saltwater.  And they do that without detecting either the water or the minerals on the bottom.

Non-pulse detectors use compensation networks to reduce the effect of minerals on the detector. One manufacturer uses the motion technique, which requires the coil to be constantly moving to detect anything. This gets rid of the mineral background only as long as the mineral background is of an even concentration. If it is not, false readings may result. When the target alarm goes off, you are never sure if it is a real target or a false reading.

Discrimination – It sure sounds great